Prostate cancer is one of the most frequently diagnosed cancers in the world, despite it only being diagnosed in males (females do not have prostate glands). In fact, more than 70 percent of men over the age of 80 have some quantity of cancer cells in their prostate.

It’s so common that it sometimes doesn’t go diagnosed until autopsies are performed, though that doesn’t mean the cancer is the cause of death. On the contrary, the overall prognosis for men diagnosed with prostate cancer is as positive as you can get when talking about the dreaded “c” word. The five-year survival rates for the disease are close to 100 percent, especially when talking about prostate cancer that is caught early on in the process—before it spreads.

Nevertheless, prostate cancer is serious business, and the best way to handle a diagnosis is to be informed. Let’s take a look at the frequency at which it’s diagnosed, how you’re tested for it, how it can affect your daily life, and what we can do to try and prevent the disease.

What is Prostate Cancer?

Most prostate cancer (about four out of every five cases) is caught in the early stage. Prostate cancer is in the early stage when the prostate hasn’t grown or swelled because of the cancer’s presence, and it’s still localized in the gland. While there are four stages of prostate cancer, each with their own levels of severity, nearly all of these stages are considered in the “early stage” as long as the cancer hasn’t spread outside of the prostate. After various tests, your doctor will assign a stage or a Gleason score based on what your

There are several treatment options available in the early stages of prostate cancer. These options include:

When prostate cancer is in its early stages, patients have time to consult other doctors and family members to decide which treatment is best for them and their health. For instance, an man in his 80s may be more reluctant to surgery than a man in his 50s, whose body may be able to handle the treatment option better. Also, men whose cancer is diagnosed with a low Gleason score may be more inclined to wait rather than a man whose cancer is close to spreading to other parts of the body. You can change your mind on treatment options whenever you’d like. If you decide to wait and later feel surgery is the best option, inform your doctor of your decision.

At this point, treatment options in earlier stages like the waiting game and surgery are out of the question. So what are your options now? In this later stage, treatment options tend to try and attack the cancer as a whole rather than the area it’s localized to, like the prostate or your spine. Let’s take a look at some options:

Unlike early stage treatments, where you have time to think over your options, you should follow your doctor’s advice for treatment—and follow it soon—as late-stage prostate cancer can become fatal quickly.

Who is Most at Risk of Being Diagnosed?

The chances of being diagnosed with the disease continue to rise after 80.

In addition to age being a telling factor in how likely it is a male will develop prostate cancer, so is race. While diagnosis rates fell for all races between 1999 and 2022, according to the Centers for Disease Control and Prevention, black men consistently were diagnosed with prostate cancer far more frequently than any other racial group. Some trends over the 16 years include:

It’s suggested that black males in America start to get tested earlier than white men (in their 40s rather than their 50s), because black men have been found to have more advanced prostate cancer when it is diagnosed, which means earlier testing could catch the disease earlier on. Researchers chalk this trend up to a couple reasons, including, but not limited to: generally having less quality facilities (thus lower quality care), genetics, and having certain environmental and dietary differences than other black populations around the world. (Black men in Africa are diagnosed with prostate cancer less frequently than African-American men, which would suggest the living environment—and all the stress and differences in diet that come with it—could influence the higher diagnosis rates.)

Outside of age and race, there are lifestyle choices and genetic predispositions that put you at a higher risk of developing prostate cancer. These can include:

Now that we know what prostate cancer is, how can we tell if we have it aside from being tested regularly? A lot of the symptoms of the disease have to do with discomfort while urinating while ejaculating. According to the Prostate Cancer Foundation, these can include:

In its earliest stages, none of these symptoms may be present, which is why it’s important to get ahead of the disease with testing.

How to Find Out if You Have Prostate Cancer

Ah, the dreaded, stigmatized prostate exam: a necessity (or at least suggested necessity) for every man over 50. As we’ve learned, an symptom of prostate cancer is an enlarged prostate, so the main way doctors test for it is by feeling the prostate. Formally called a “digital rectal exam,” doctors place a lubricated finger, covered with a glove, up your rectum and feel for the prostate, which is right next to the rectum. The doctor feels for any abnormalities, like if it’s larger than it should be, feels different than it should, or the shape of it is different. But a DRE is not the be-all, end-all of prostate tests. There are plenty of tests doctors run to confirm a diagnosis. These tests include:

Now, it’s natural to think, why not just do some of these tests in the first place rather than a DRE? It’s because a DRE lets doctors know if it’s even worth running you through these other extensive, time-consuming tests in the first place. It’s suggested you get tested once a year, like at an annual check up, starting in your 50s. Your doctor may suggest you start getting a test sooner if you are particularly prone to prostate cancer based on your family history or demographics. Despite these yearly tests, it was still found that prostate cancer often went undiagnosed or misdiagnosed in the past. Harvard’s Medical School reported that prostate cancer cells were found in millions of undiagnosed men in postmortem autopsies. While it may not have been the specific cause of death, Harvard noted that cancer cells were found in prostates of one-third of men over 50, and 90 percent of men over 90. In addition, it was found that anywhere from 16 to 56 percent of men with prostate cancer didn’t exactly have prostate cancer that would be threatening during their lifetime. The tumors found on the gland during autopsies were often found benign or harmless, but the patients were diagnosed with prostate cancer anyway due to their high PSA test levels. These misdiagnoses can help explain why the survival rates for prostate cancer are so high.

As we’ve seen with high diagnosis rates in men in their 80s and 90s, prostate cancer is almost inevitable if you live long enough. This doesn’t mean we shouldn’t take all the steps we can to try and prevent the cancer cells from triggering and metastasizing. Here are some steps you can take that may help push back a diagnosis:

These preventative steps are also recommended for other types of cancers and diseases. While they may not explicitly reduce your risk of getting prostate cancer, following these steps won’t increase your chances of developing the disease. If you have any questions or concerns regarding a prostate cancer diagnosis—or think you may have the disease—contact your doctor immediately. 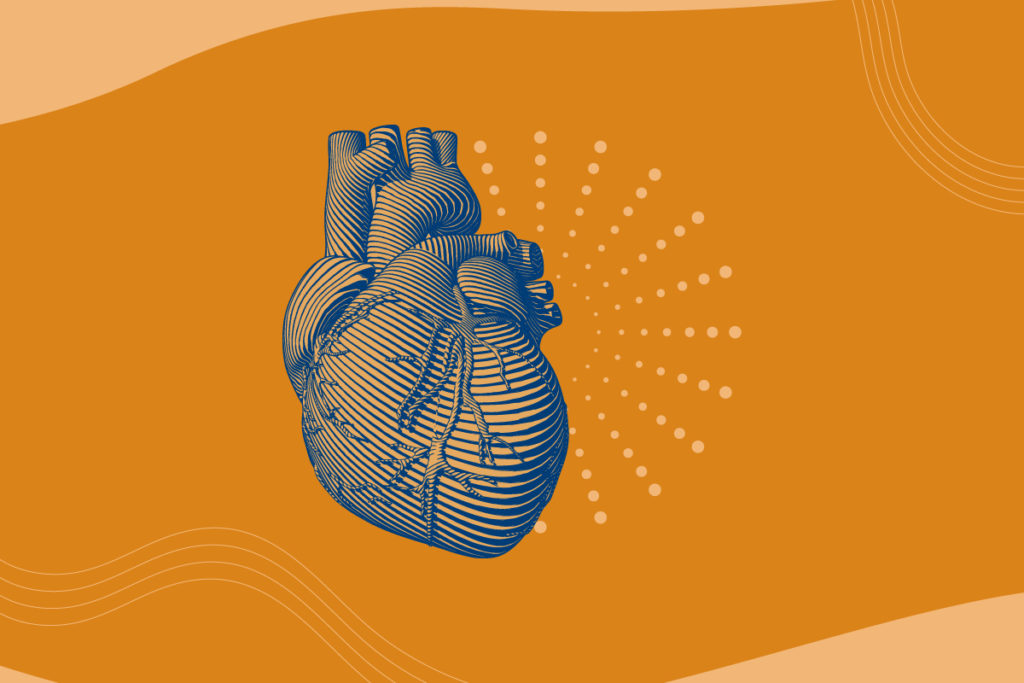 A Guide to Breast Cancer in Older Adults 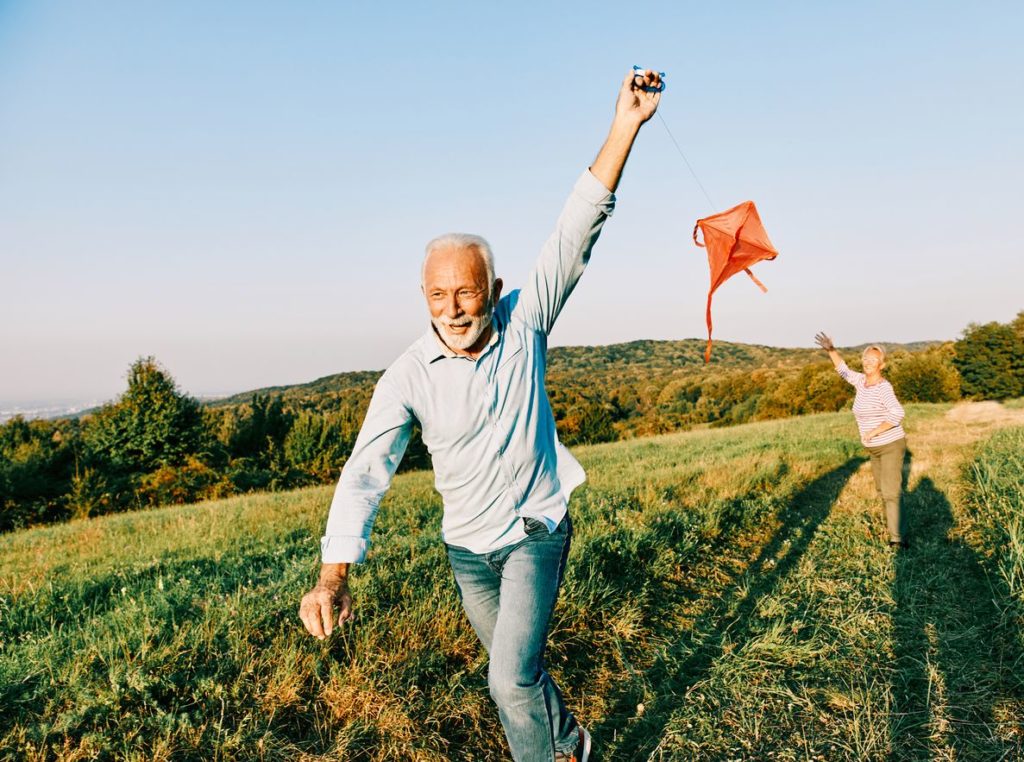