How to Become an Expat in Mexico “Now, what…” I thought to myself as I looked at my three sons and our six suitcases sitting on the curb. After a drive from Savannah, Georgia to Jacksonville, Florida and a plane ride from Florida to Cancun, we were waiting on the bus that would take us on the last leg of our journey to our new home in Merida, Mexico.

On paper, everything about the expat life in Mexico sounded great: affordability, great climate, relaxed lifestyle. And as a seasoned traveler and travel planner, I felt I was ready for anything and everything. But there are so many things that I learned along the way.

Temporary residency is granted for one year initially, then up to three more years subsequently.

Mexico is a very cash-based society. Some landlords and service providers are cash-only.

Know Some of the Language

The good news is that you don’t have to be fluent to make life work in Mexico, depending on where you live.

Know Which Immigration Status You Want

While it is possible to travel to Mexico on a tourist visa that permits you up to 180 days in the country, it’s not a guarantee. The length of stay granted is at the discretion of the immigration officer upon entry.

If you plan to move to Mexico as an expat, go through the process of getting temporary residency. This will allow you one year in Mexico and allow you to establish yourself as a resident. For those receiving a pension or with adequate retirement savings, you can likely qualify for permanent residency for your retirement in Mexico.

My recommendation is to obtain your temporary residency or permanent residency prior to moving to Mexico just in case you decide to call it home. There’s nothing lost if you decide not to stay in Mexico. But having your residency helps you to really begin to establish life in Mexico. You can do things like open a bank account, sign a lease, establish credit, etc.

If you decide not to pursue your temporary or permanent residency, then you’ll be considered a tourist. Your status as a tourist may limit what you’re able to do within the country. Some landlords may decide not to rent to you based on your residency status. It may also cause some undo stress each time you travel if you are worried about whether you’ll be permitted 180 days. Save yourself the stress and just obtain your residency prior to your move.

Temporary residency doesn’t give you the right to work in Mexico as an expat. For that, you would need an appropriate Visa. You can always open or operate a business but make sure you consult with a local lawyer and accountant before doing so, especially if you plan to accept payments in Mexico.

Also consider that wages and the cost of living in Mexico is significantly lower than that of the United States. In 2021, the average salary in the United States was approximately $4,630 per month compared to $1,300 in Mexico.

Mexico’s minimum wage range is from 172.77 pesos to 260.34 pesos per day (approximately $8 to $12 per day). Depending on how you plan to live, this may not be sufficient to meet your needs. It’s important to determine what your income source will be prior to becoming an expat in Mexico.

As you create your plan to live abroad in Mexico, really think about what kind of lifestyle you want and how you plan to fund that lifestyle. Costs to consider include housing, utilities, domestic services, insurance, any ongoing medical costs, and other expenses like groceries, clothing, and entertainment.

A couple of years ago a friend of mine decided to move to Mexico, assuming that she could get a job teaching at a local school. When she arrived, she realized that the wage offer (about 4,000 pesos per month) was not sufficient to support the lifestyle that she wanted. She decided to move back to the United States and reassess her plan.

Know That You Will Need Cash – All The Time

Mexico is a very cash-based society. It’s not only the roadside restaurants and small businesses that only accept cash, some landlords and service providers are “efectivo” (that’s the word for cash) only.

It’s common for restaurants and shops to use a card processing terminal. Even if the establishment accepts cards, you may run into an issue if the internet connection is bad. At a group brunch we all had to make a cash run to the ATM because the one employee who processed cards at the restaurant was not working that day.

Smaller denomination currency – like 200, 100, 50, and 20 – are best because vendors and drivers rarely have cambio (that’s the word for change) for a 500. If given the option at the ATM or bank, get smaller bills.

A good thing to know is that it’s also easy to deposit cash to others by using their bank card number or apps like Xoom, Wise, and Rappi. In Mexico, you’re able to deposit into someone’s bank account by simply going to a local convenience store or bank with just the person’s debit card number.

Don’t expect businesses to open at 8am, 9am, or even 10am in some places. Don’t expect to see kids playing at the park in the afternoon. Don’t expect your local friends to be ready for a dinner date before 8pm.

Depending on what they serve, many restaurants don’t open until after 1pm or 6pm. Places that serve only breakfast and lunch may close at 2 or 3 in the afternoon.

Venture out to a park after 7pm and you will likely see more people out and about than at any other time during the day. In the parks and deportivos (like community centers), you will find family members of all ages out enjoying the evening.

Know Some Of The Language

There are people who have lived the expat life in Mexico for over a decade yet are not fluent Spanish speakers. The good news is that you don’t have to be fluent to make life work in Mexico, depending on where you live.

It’s important to know some basics to help you navigate daily life. Vocabulary and phrases related to directions, grocery shopping, ordering at a restaurant, and communicating with service providers are most important.

One way to acquire the language is to listen and observe while you are out. Listen to how locals greet each other. Be aware of phrases or terms you hear repeatedly. You will begin to understand when to use phrases and how to respond to common questions, even if you don’t understand every single word spoken.

Know That The U.S. Way Is Not The Only Way

Things are not done the same as in the United States. Some days, the reality of that fact can be frustrating. Like, when your housekeeper is supposed to come at 9am on Tuesdays but shows up at 10am on Wednesday. Or when the gardener you thought was coming never shows up and never responds to your messages.

Rental agreements are not the same in Mexico as they are in the United States. Your security deposit does not go into an escrow account. You probably won’t get that money back, so don’t expect it.

And don’t expect your landlord to fix things. Unless it is something related to the structure of the home, it’s likely your responsibility to fix it. Make sure you have a couple good handymen in your contacts; you will need them.

Real estate does not work the same as in the United States. In Merida, one house can be listed by multiple agents. The landlord does not have to sign with one agent exclusively. Whoever gets it sold will get the commission.

A key to survival as an expat is releasing the expectation of how things “should” work and embrace how they “do” work in Mexico – or any country for that matter. It may not happen the way you imagined, but things have a way of working out.

Know That Mexico Is Full Of Culture And Beautiful Places

While the affordability of life in Mexico may be the biggest draw for some, those who develop a love for the culture, the people, and the places get more out of life. Those things are what make the quality of life higher.

Every region of Mexico is different and has its own uniqueness. You can see it in the traditional clothing, dances, and culinary creations. While the Yucatan peninsula is heavily influenced by the Mayans, other areas of Mexico are influenced by other indigenous tribes, like the Huichol or Aztecs.

When given the opportunity, say “yes” to participating in traditional events and celebrations if you’re invited by local friends. These gatherings give you a glimpse into what makes Mexico and its people so special.

There are so many more things I could share with you about living as an expat in Mexico, but part of the journey is discovering for yourself. There will be bumps and mishaps no matter how well prepared you are. Ultimately, they make great stories that make you laugh at yourself. 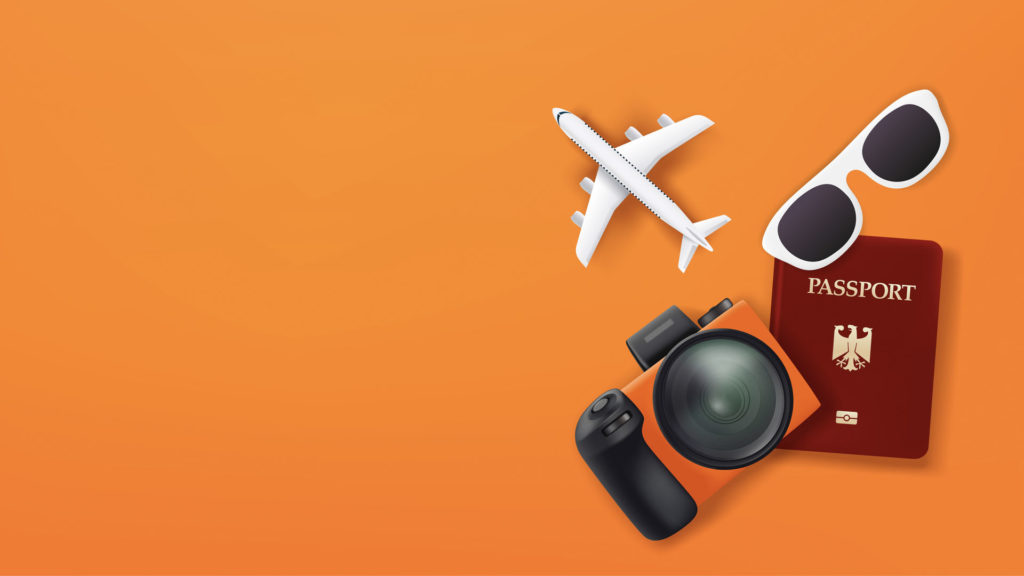 What Does Travel Insurance Cover? 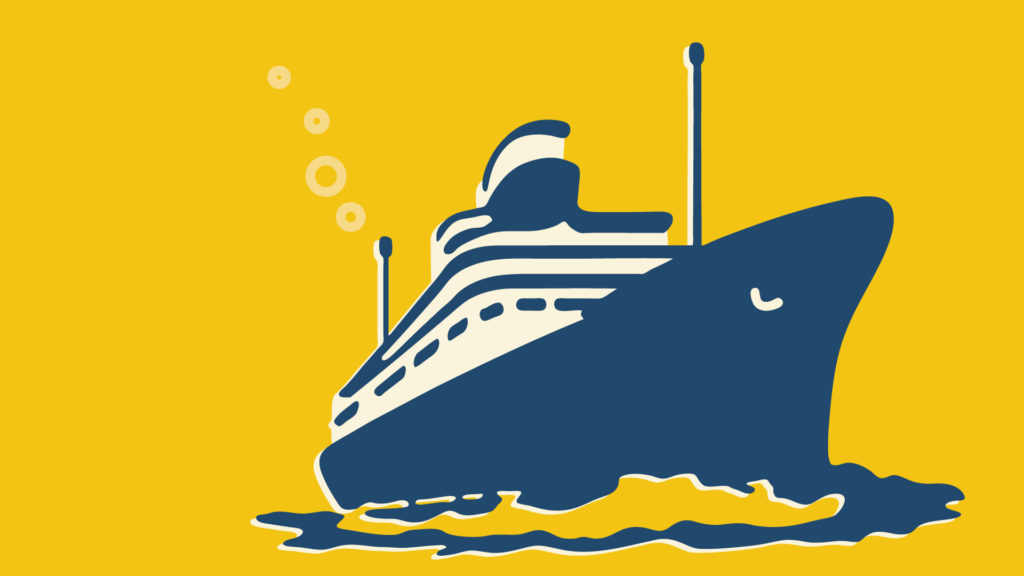